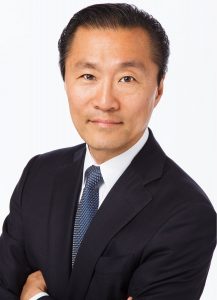 Jack Harden, Chairman of Invesco Mortgage Capital Inc. Hardin has served as Chairman of the Board since 2017, and as Director since 2014. “His extensive public company and legal expertise, focused on mergers and acquisitions, business development and risk management, including the development of diversity and inclusion, ESG strategies, and governance protocols will greatly benefit the Board and assist the Board’s efforts Council’s ongoing promotion of diversity principles.”

Prior to becoming an in-house consultant at Target, he worked as an associate at two New York City law firms, specializing in securities and mergers and acquisitions.

In addition to his service on the Invesco Board, Liu currently also serves on the boards of CaringBridge and Haverford College. He is also a member of the American Law Institute and the American Bar Association in Asia Pacific. He was a former member of Comcast’s Asian-American Diversity Advisory Board, on the boards of the Minority Corporate Advisors Association, where he served as Chairman for two years, and on MoreBank, an ethnic community bank he helped found.