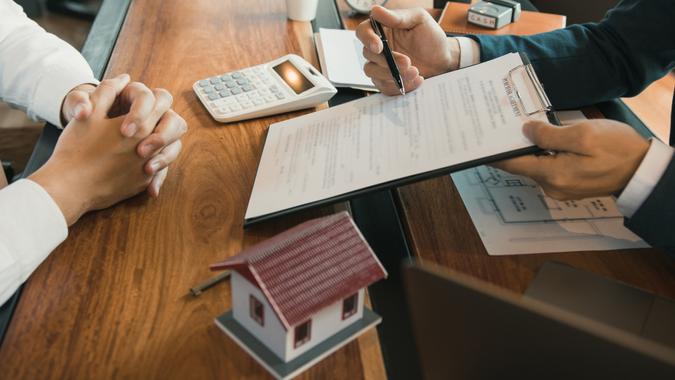 With mortgage rates starting to rise, many Americans are jumping into the market before they have a chance to go up — ready to pay more for homes than ever before.

See: 15 Mortgage Questions to Ask a Lender
Find out: How to Pay Off Your Mortgage Significantly in 12 Months

Mortgages to buy a home jumped 8% on a weekly basis during the seven days ending Jan. 14, according to the Mortgage Bankers Association (MBA)’s weekly mortgage application survey, released on Wednesday. Total mortgage applications increased 2.3% on a seasonally adjusted basis.

The surge in activity came as mortgage rates reached their highest level in nearly two years amid moves by the Federal Reserve to slow its asset purchases with the goal of raising interest rates in 2022.

The 30-year flat rate was 3.64% for the week and has increased more than 30 basis points over the past two weeks, according to Joel Kahn, associate vice president of economic and industry forecasting at the MBA.

Despite the price hike – or perhaps because of it – orders are up 8% on the week, with traditional buying apps accounting for most of the activity. The average loan size for a purchase order hit a record high of $418,500.

Many potential home buyers may want to enter the market now before prices go up too much. But high asking prices are still putting many people on hold, especially those who are shopping for their first homes.

“The continued rise in loan application volumes is driven by rising home prices and a shortfall in housing stock in the market – especially for start-up homes,” Kahn said in a press release. “Slower growth in government buying activity also contributes to larger loan balances and indicates that potential first-time buyers are struggling to find homes to buy in their price range.”

See: Should You Hire a Mortgage Broker or Do It Yourself?
Find: How to Buy a Home with Bad Credit: 5 Tips to Get Your Mortgage Application Approved

Vance Kariaga is a London-based writer, editor and journalist who has previously held positions at Investor’s Business Daily, The Charlotte Business Journal and The Charlotte Observer. His work has also appeared in Charlotte Magazine, Street & Smith’s Sports Business Journal and North Carolina Business Magazine. He holds a BA in English from Appalachian State University and studied journalism at the University of South Carolina. His reporting has won awards from the North Carolina Press Association, Green Eyeshade Awards and AlterNet. In addition to journalism, he worked in banking, accounting and restaurant management. Vance’s short story, “St. Christopher,” a North Carolina-born who also writes novels, was ranked second in the 2019 Writer’s Digest Short Story Competition. Two of his short stories have appeared in With One Eye on the Cows, an anthology published by Ad Hoc Fiction in 2019. His first novel, Voodoo Hideaway, was published in 2021 by Atmosphere Press.