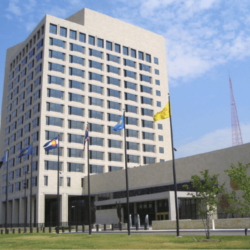 (NAFB) – Microcredit limited agricultural lending activity at the end of 2021.

The Lending Conditions Survey for Farmers showed that non-mortgage farm loans at commercial banks fell 13 percent in the fourth quarter, the lowest annual average since 2012. The Federal Reserve Bank of Kansas City released the data on Wednesday and says the decline was driven by a sharp drop. In operating loans and lending in banks with the largest agricultural loan portfolios. Despite the increase in the number of all types of loans, the average volume of all non-real estate and operating loans was more than 20 percent and 30 percent less than last year, respectively.

Despite growing concerns about rising input costs affecting producer returns, commodity prices remained elevated and supported profit opportunities through the end of the year. Higher costs are likely to put more pressure on credit demand, but strong agricultural income and working capital could supplement financing for some borrowers.